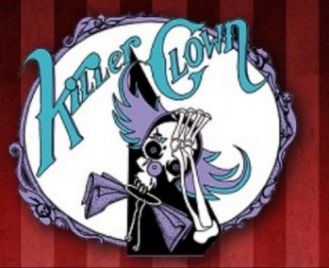 HALL OF FAME artist Killer Clown in an original hard rock/metal band. Killer Clown was formed in 1991. Killer Clown has recorded 2 demo's, the 1st 5 song demo was called (Show Us To The Circus), the 2nd 3 song demo, was called (All Bets Down) featured on 95.5 KLOS on the Joe Benson show, Killer has also aired on IROCK, The Heat,and the The Burner, and Aug. 3 2014 Killer Clown was aired on Museboat internet radio, on the TJ show, with the song Gothic City, off the 2nd. demo. Killer Clown had been on hold for some time when, the members were asked, to play a reuion show in April of 2014, the show went very well, and created somewhat of a buzz. It was then, decided to again try and promote the band, and work toward writting and recording new music (in the not to distant future) and adding a few new members. Killer Clown excels in the "LIVE" format, and believes that music and lyrics should meld together and present a visual image to the mind, and not have to rely on video hype via MTV, like us or hate us we bust our balls for our fans. Look for new music and shows soon, " Ya Can't Keep A Bad Clown Down"